May 2020. 2 seconds almost everyday. This month has been the hardest. I hope you are all staying safe and well and that better things are coming. 🧡 #OneSecondEveryday #1SE
🧡🧡🧡 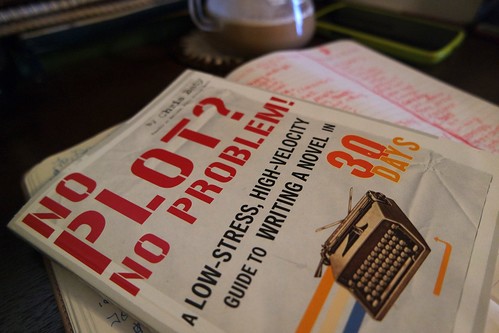 Normally I have written an update on my NaNoWriMo progress before now. It’s part of my routine that works so well for me.  Last year, I had pretty free mornings, because I was doing the bulk of my writing in the afternoons, word warring, with Shaun tapping away at his novel across the room.  The next day I would pop something in the slow cooker, do some yoga and write something here and it helped me organize my NaNoWriMo feelings.

Shaun is taking this year off. He does sometimes. When he comes home from work, I want to hang out with him, not plug along on my novel alone, so I’m writing in the mornings. This has generally worked out for me in the past, before I got a slow cooker, whether Shaun and I were both working on NaNoWriMo or not, I would write in the morning and he would write while I was cooking dinner.  It’s not that it feels wrong to do it like this.

I have just had such a weird head, so far, this month. November 1st is the hardest for me, writing alone, if it’s a weekend, because it’s the day after Halloween, which I worked very hard on (this year we had 160 trick or treaters!) and I just want to spend the day with Shaun, relaxing and recovering.

So this year, for the first time ever, I didn’t write a single word on November 1st. It’s not really a problem. I usually finish NaNoWriMo on the 25th.  I also usually have some inkling of what I’m going to write about.

This year I had absolutely nothing.

On November 1st I decided to do some prep work. I made a couple of lists while we sat on the couch watching Kill Bill #1. I’ve made these lists before, they’re recommended in No Plot? No Problem! by Chris Baty

, which I reread every year.  List 1 is the things that you like to read in a novel and list 2 is the things you hate to read about. I actually made a third list of general favorite things, thinking if I get stuck maybe something will pop out at me. Here’s that list, for fun!

Then I went to Behind the Name and skimmed through most of the English names. I wrote down a list of female names, male names, and surnames so I would never find myself writing “Blanky McBlankerson” in the heat of @NaNoWordSprints

It was not a complete waste of my first day of NaNoWriMo, even though it was spent doing things I was allowed to do in October.

On Monday, November 2 I got a decent start, somehow, and I didn’t even start writing until the afternoon. I felt inexplicably awful, just sad for no reason, but I churned out 2,455 words and some kind of story started to present itself.

Tuesday and Wednesday were less productive, and I’m still behind on the recommended word count, though on Wednesday my general mental health seemed to improve and I wrote cheerfully in the morning.

My biggest problem today, day five, is that I have sat here writing almost 600 words for this post instead of my novel.

But I’m hoping to get some word warring in with a friend this afternoon, or soon, anyway, so that will help!

Here’s my working title, synopsis and an excerpt from yesterday:

Mental Illness and Motherhood
The Wild Heart of Life